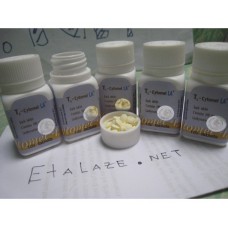 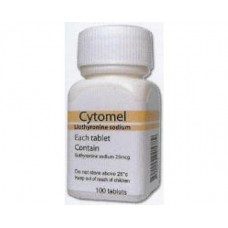 Cytomel is not an anabolic/androgenic steroid but a thyroid hor­mone. As a substance, it contains synthetically manufactured liothyronine sodium which resembles the natural thyroid hormone tricodide-thyronine (L-T3). The thyroid of a healthy person usually produces two hormones, the better-known L-thyroxine (L-T4) and the aforementioned L-trilodine~thyronine (L-T3). Since Cytomel is the synthetic equivalent of the latter hormone, it causes the same processes in the body as if the thyroid were to produce more of the hormone.

In school medicine, Cytomel is used to treat thyroid insufficiency (hypothyroidism). Among other secondary symptoms are obesity, metabolic disorders, and fatigue. Bodybuilders take advantage of these characteristics and stimulate their metabolism by taking Cytomel, which causes a faster conver­sion of carbohydrates, proteins, and fats. Bodybuilders, of course, are especially interested in an increased lipolysis, which means in­creased fat burning.

Competing bodybuilders, in particular, use Cytomel during the weeks before a championship since it helps to maintain an extremely low-fat content, without necessitating a hunger diet. Athletes who use low dosages of Cytomel report that by the simultaneous intake of steroids, the steroids become more effective, most likely as the result of the faster conversion of protein.

Until recently, Cytomel was used by bodybuilders and female bodybuilders, in particular on a daily basis over several months to remain "hard" and in good shape all year round. Believe us when we tell you that to a great extent several bodybuilders who are pictured in "muscle magazines" and display a hard and de­fined look in photos, eat fast food and iron this out by taking Cytomel. The over stimulated thyroid burns calories like a blast furnace. Nowadays, instead of Cytomel, athletes use Clenbuterol which is becoming more and more popular. Those who combine these two compounds will burn an enormous amount of fat. The next time you read that a certain pro bodybuilder approach­ing a championship competition is still eating 4000 calories a day, you will know why. Cytomel is also popular among female bodybuilders.

Since women generally have slower metabolisms than men, it is extremely difficult for them to obtain the right form for a competition given today's standards. A drastic reduc­tion of food and calories below the 1000 calorie/day mark can often be avoided by taking Cytomel. Women, no doubt, are more prone to side effects than men but usually get along well with 50 mcg/day. A short-term intake of Cytomel in a reasonable dosage is certainly "healthier" than an extreme hunger diet. 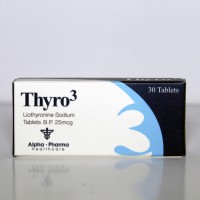 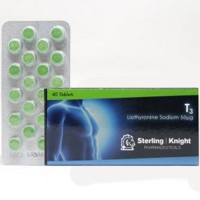 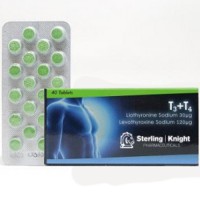