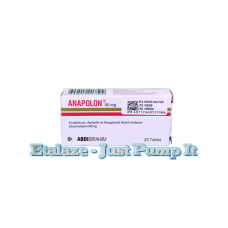 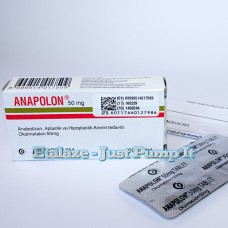 - oxymetholone is the strongest and at the same time also the most effective oral steroid. The compound has an extremely high androgenic effect which goes hand in hand with an extremely intense anabolic component. For this reason, dramatic gains in strength and muscle mass can be achieved in a very short time. An increase in body weight of 10-15 pounds or more in only 14 days is not unusual. Water retention is considerable, so that the muscle diameter quickly increases and the user gets a massive appearance within record time. Since the muscle cell draws a lot of water, the entire muscle system of most athletes looks smooth, in part even puffy.

Anapolon does not cause a qualitative muscle gain but rather a quantitative one which in the off-season is quite welcome. Anapolon "lubricates" the joints since water is stored there as well. On the one hand this is a factor in the enormous increase of strength and on the other hand, it allows athletes with joint problems a painless workout. Powerlifters in the higher weight classes are sold on Anapolon. A strict diet together with the simultaneous intake of Nolvadex and Proviron, can significantly reduce water retention so that a distinct increase in the solid muscles is possible.

By taking Anapolon the athlete experiences an enormous "pump effect" during the workout in the exercised muscles. The blood volume in the body is significantly elevated causing a higher blood supply to the muscles during workout. Anapolon increases the number of red blood cells, allowing the muscle to absorb more oxygen. The muscle thus has a higher endurance and performance level. Consequently, the athlete can rely on great power and high strength even after several sets. Some bodybuilders report such an enormous and in part painful "pump" that they end their workout after only a few sets or work on another muscle. The often-mentioned "steroid pump" manifests itself to an extreme by the intake of Anapolon and during workout it gives the athlete a fantastic and satisfying sensation. The highly androgenic effect of Anapolon stimulates the regeneration of the body so that the often-feared "over training" is unlikely. The athlete often feels that only hours after a strenuous workout he is ready for more. Even if he works out six days a week he makes continued progress. Although Anapolon is not a steroid used in preparation for a competition, it does help more than any other steroid during dieting to maintain the muscle mass and to allow an intense workout.

Many bodybuilders therefore use it up to about one week before.". competition, solving the problem of water retention by taking anti estrogens and diuretics so that they will appear bulky and hard when in the limelight. As for the dosage, opinions differ. The manufacturer of the former Spanish Oxitosona 50 tablets, Syntex Latino, recommends a daily dosage of 0,5 - 2,5 mg per pounds of body weight. A bodybuilder weighing 200 pounds could therefore take up to 500 mg per day which corresponds to 10 tablets. These indications, however, are completely unrealistic, much too high, and could cause severe side effects. A dosage sufficient for any athlete would be 0,5 - 0,8 mg per pound of body weight/day. This corresponds to 1-4 tablets; i.e. 50-200 mg/day. Under no circumstances should an athlete take more than four tablets in any given day. 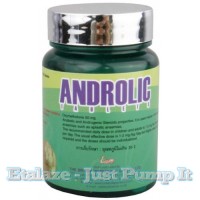 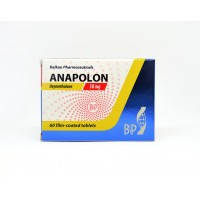