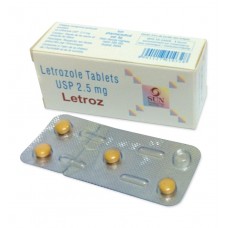 This product has a minimum quantity of 10

Price per one tablet.

Letrozole was first made available in the late 1990’s as a treatment for breast cancer when the estrogen receptor was unknown, or when drugs such as tamoxifen no longer offered any positive effects. Its targeted application and overall effectiveness made it a popular anti-estrogen in bodybuilding circles soon after.

Many anabolic steroids can result in visible water retention in the newly-bulked muscle areas, along with higher fat content as well. This can be reduced in quick fashion by either using letrozole in conjunction with steroids, or right after the cycle has been completed.

Anabolic steroid users who want a more modern and effective way to keep their estrogen levels in check will surely appreciate Letroz . Not only do they create a better balance of estrogen and androgens during and after steroid cycles, they can also help prevent gynecomastia.

Letrozole is a non-steroidal selective third generation aromatase inhibitor. The structure and activity of this compound are very similar to that of Arimidex (anastrozole), and it is prescribed for similar medical purposes. More specifically, U.S. prescribing guidelines for letrozole recommend it be used for the treatment of postmenopausal women with estrogen receptor-positive or estrogen receptor-unknown (unsure if the cancer is responsive to estrogen) breast cancer. It is typically used as a second line of treatment after an estrogen-receptor antagonist like tamoxifen has failed to elicit a desirable response, although it is sometimes initiated as the first course of therapy depending on the circumstances. Male bodybuilders and athletes find value in letrozole for its ability to mitigate the estrogenic side effects associated with the use of aromatizable anabolic/androgenic steroids, such as gynecomastia, fat buildup, and visible water retention.

Letrozole represents one of the newer achievements in a long line of drugs targeting aromatase inhibition. It is among the most potent estrogen-lowering drugs developed to date, and has an effect significantly stronger than non-selective first generation aromatase inhibitors like Teslac and Cytadren. The dosage of each tablet of Femara is 2.5 milligrams, which according to product information was sufficient to lower estrogen levels by an average of 78% during clinical trails. The drug, however, appears to often remain quite effective in lower doses. The package insert for the product itself comments that during clinical studies doses as low as .1 and .5 milligrams produced 75 and 78% estrogen inhibition, respectively in many patients¹. The recommended dose, likewise, reflects a level that seems to elicit a desired level of inhibition in nearly all patients. A large number of people may, therefore, respond well to lower doses of the drug.

The U.S. Food & Drug Administration approved letrozole for prescription sale in 1997, where it is sold by Novartis under the Femara trade name. Novartis also extensively markets the drug in other nations, and more than 70 nations now carry letrozole as an approved drug. The Femara brand is by far the dominant preparation worldwide, and is found in such nations as Argentina, Australia, Belgium, Brazil, Canada, Chile, Czech Republic, France, Germany, Greece, Hong Kong, India, Netherlands, New Zealand, Italy, South Africa, Switzerland, and Russia. Novartis also markets the drug under the Femar trade name in some other nations including Finland, Denmark, Norway, and Sweden. Additionally, letrozole products can also be found under such other brand names as Fempro (India), Oncolet (India), Trozet (India), Insegar (Spain), Aromek (Poland), Lametta (Poland), Cendalon (Argentina), Fecinole (Argentina), and Kebirzol (Argentina). Given its high level of efficacy and strong marketing support, Femara, and Femar, remain the most popular letrozole product currently available.

Letrozole is most commonly supplied in tablets of 2.5 mg.

Letrozole is classified as a non-steroidal selective third generation aromatase inhibitor. It has the chemical designation 4,4’(1H-1,2,4-Triazol-1-ylmethylene)dibenzonitrile.

Common side effects associated with the use of an aromatase inhibitor include hot flashes, joint pain, weakness, fatigue, mood changes, depression, high blood pressure, swelling of the arms/legs, and headache. Aromatase inhibitors may also decrease bone mineral density, which may lead to osteoporosis and an increase in fractures in susceptible patients. Some individuals may also respond to the medication with gastrointestinal side effects including nausea and vomiting. Aromatase inhibitors can harm the development of an unborn fetus, and should never be taken or handled during pregnancy. When taken by men (as an off-label use) to reduce estrogenicity during prolonged periods of steroid treatment, aromatase inhibitors may increase cardiovascular disease (CVD) risk by retarding some beneficial properties of estrogen on cholesterol values. Studies have demonstrated that when an aromatizable steroid such as testosterone enanthate is taken in conjunction with an aromatase inhibitor, suppression of HDL (good) cholesterol levels become significantly more pronounced. Since the estrogen receptor agonist/antagonist Nolvadex® generally does not display the same anti-estrogenic (negative) effect on cholesterol values, it is usually favored over aromatase inhibitors for estrogen maintenance by male bodybuilders and athletes concerned with cardiovascular health. 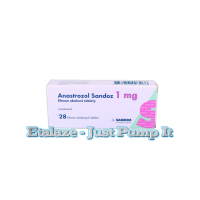 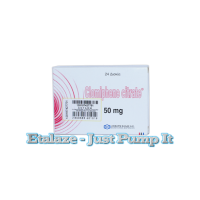 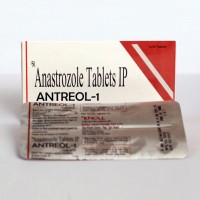 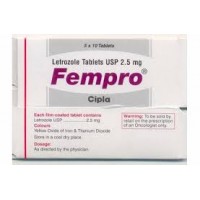 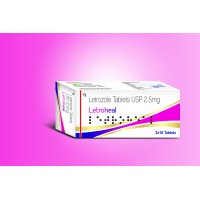