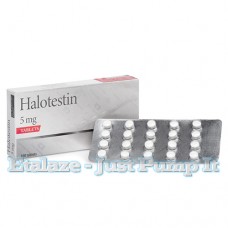 ﻿Detalis: Halotestin Fluoxymesterone commonly known as Halo, is one of the most powerful oral anabolic steroids available. Halotestin is 20 times more anabolic and almost ten times more androgenic than the testosterone. More powerful than Anavar. Although it was originally created for the medical use to help boys with delayed puberty, it is now commonly used by strength athletes.

Using Halotestin’s leads to a rapid increase of strength without weight gain due to water retention. This happens because this compound has no estrogenic activity. The intake of Halotestin also leads to increased energy and aggressiveness.

Administration: The use of Halo for bodybuilding is rampant. Bodybuilders use it as a hardener and as a steroid during a slimming period, but the side effects of Halotestin can harm them.

The compound must be taken in moderation as it is toxic to the liver. Another negative effect of Halotestin is the rapid increase of red blood cells in the body which has many harmful side effects.

Side Effects: Halotestin is the most dangerous steroid on the markets. If administered incorrectly without enough knowledge on the dose and cycle there it can cause death. No other steroid can match the toxicity of Halotestin. Doses should be kept at 20-30mg orally. For women who decide to take Halotestin you may experience the following androgenic side effects: loss of menstrual cycle, deepening of the voice, clitoral enlargement which could be irreversible, bloating if in large doses, skin reactions like pimples, acne, or rashes, and sterility. 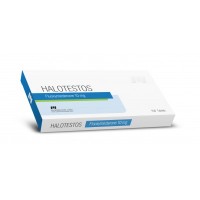 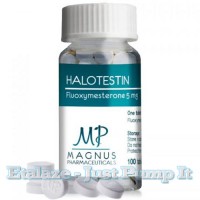