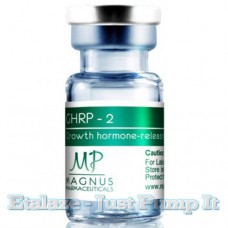 GHRP-2 (also known as KP 102 or Pralmorelin) is a synthetic hexapeptide Growth Hormone Releasing Peptide (GHRP), which acts on the hypothalamus and the pituitary gland to release growth hormone with a slight stimulator effect on Prolactin, ACTH and Cortisol levels. GHRP-2 is considered to be a true hGH secretagogue, meaning that it stimulates the body’s own secretion of hGH. Human Growth hormone has been shown in studies to promote lean body mass and reduce adiposity (fat). GHRP2 has demonstrated that it is very effective at stimulating GH production in research test subjects. It has a short half-life with peak concentrations occurring around 15 minutes and not longer than 60 minutes after administration.

It is important to know that GHRP-2 does not relate to any Growth Hormone Releasing Hormones (GHRH) peptides such as Sermorelin and CJC-1295 because it acts on different receptors. However, greater results occurred when administered in conjunction with a Growth Hormone Releasing Hormone (GHRH) such as Modified GRF 1-29 or CJC-1295 DAC. Naturally, these GHRP-2 peptide receptors interact with a hormone called ghrelin. Growth hormone releasing peptide 2 is a commercially synthesized, non-natural super-analog of GHRP-6 which is capable of potent stimulatory effect on growth hormone (GH) secretion with slight stimulator effect in PRL, ACTH and levels of cortisol (Arvat et al. 1997). It is also a synthetic agonist of ghrelin that is binding with the growth hormone (GH) secretagogue receptor. GHRP-2 has been shown to affect and induce growth hormone secretion. The response of natural physiologic system includes increase in levels of calcium ion influx alongside with increased release of growth hormones in response to this peptide (Wu et al. 1994).

GHRP-2 is a 2nd generation GHRP just behind GHRP-6. Compared to GHRP-6, GHRP-2 is considered to be much more superior in terms of growth hormone stimulation because over longer periods of time it maintains maximum elevations in Growth Hormone. GHRP-2 has shown to increase IGF-1 levels (Insulinlike Growth Factor 1), and even greater results happen when used with Growth Hormone Releasing Hormone (GHRH). It has a short half life with peak concentrations occurring around 15 minutes but not longer than 60 minutes. The response of natural physiologic system includes increase in levels of calcium ion influx alongside with increased release of growth hormones in response to the high-amplitude pulsation from the GHRP-2. GHRP-2 and other ghrelin analogues increase the number of somatotropes involved in the GH pulse by inhibiting somatostatin, GHRH increases the pulse amplitude per pituitary cell or somatotrope by other means. Unlike ghrelin, GHRP-2 is not lipogenic which means that it does not induce fat storage. Although ghrelin plays a large role in hunger, GHRP-2 as an analog of ghrelin does not increase appetite significantly.

The Utility of GHRP-2 as a Growth Hormone Secretagogue

GHRP-2 has been studied extensively for its utility as a growth hormone secretagogue (GHS). Scientists have discovered that the Growth Hormone Releasing Peptide-2 increases the natural production of growth hormone (GH). In the early 90’s, one of the most famous studies was performed and later published in 1997 in the Journal of Endocrinology and Metabolism. This study further exemplifies the theory that growth hormone releasing peptides (including Ipamorelin and GHRP-6) could help hormone deficient adults and children. Ever since these major scientific studies, GHRP-2 has been widely produced. With other scientific labs confirming the results from their studies, GHRP-2 can in fact work for those who lack the ability to make adequate human growth hormone. Results however will differ with the use of GHRP-2 because species respond differently based on the pituitary somatotrophs and the differences in the subtypes of GHRP receptors. In the physiologic system, the actions are blocked by GRF receptors antagonist which acts through a different receptor to that employed by earlier GHRPs. 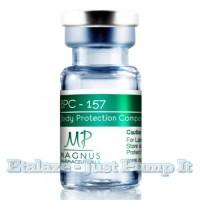 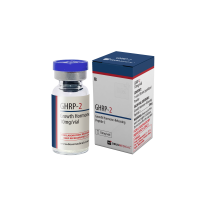