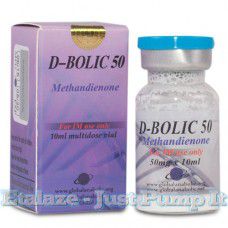 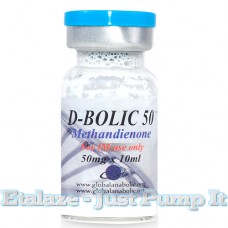 Dianabol is an applicable steroid with a great effect on protein metabolism.

The effect of Dianabol promotes the protein synthesis, thus it supports the buildup of protein.

This effect manifests itself in a positive nitrogen balance and an improved well-being.

Dianabol has a very strong anabolic and androgenic effect which manifests itself in an enormous buildup of strength and muscle mass in its users.

Dianabol is simply a mass steroid which works quickly and reliably.

A weight gain of 2-4 pounds per week in the first six weeks is normal with Dianabol. The additional body weight consists of a true increase in tissue and, in particular, in a noticeable retention of fluids.

Dianabol aromatizes easily so that it is not a very good drug when one works out for a competition.

Excessive water retention and aromatizing can be avoided in most cases by simultaneously taking Nolvadex and Proviron so that some athletes are able to use Dianabol until three to four days before a competition.