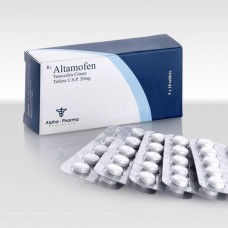 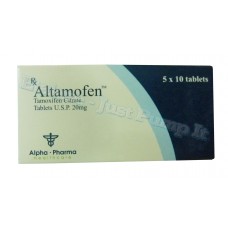 This product (Tamoxifen Citrate) is sold under different names:

This drug is used as a first line defense against breast cancer. In the late 80s, Dan Duchaine speculated that it could also be used by bodybuilders to halt the development of another type of tumor in the mammary gland, Gynocomastia. He introduced this find to the Steroid-using-community in his “Contest Prep” issue of the Underground Steroid Handbook Update Newsletters (the contest prep-issue was actually 3 issues in one, for those who had a subscription to the newsletter).

Nolvadex is commonly referred to in quite a few ways: as a SERM (Selective Estrogen Receptor Modulator), as an anti-estrogen (that is actually incorrect, as we will later see), and finally as a triphenylethylene. I happen to stick with calling Nolvadex a SERM, because out of my three options, it happens to be correct (as we know that calling it an anti-estrogen is incorrect), and pronounceable (as we know that I have no idea how to say “triphenylethylene”). Selective estrogen receptor modulators (SERMs) act as either estrogen receptor agonists or antagonists in a tissue-selective manner, lets see what that means to us.

Nolvadex actually has quite a few applications for the steroid using athlete. First and foremost, its most common use is for the prevention of gynocomastia. Nolvadex does this by actually competing for the receptor site in breast tissue, and binding to it. Thus, we can safely say that the effect of tamoxifen is through estrogen receptor blockade of breast tissue (1), especially since total body estradiol increases with use of tamoxifen. Clearly, if you are on a cycle which includes steroids which convert to estrogen, you may want to consider nolvadex as a good choice to run along side them.

Unfortunately, Nolvadex isn’t perfect. Anecdotally, it has been linked to reduced gains in some bodybuilders. This isn’t due, as previously thought, to its reducing estrogen levels (which it doesn’t), but rather to its ability to possibly reduce IGF (Insulin-like-Growth-Factor) levels, which are important for muscle growth (like dbol).

Nolvadex, however, is not the most potent ancillary compound we can use on a cycle, but it is probably the safest considering it doesn’t actually reduce estrogen in your body keeping some estrogen floating around could have many benefits on muscle growth, as well. Estrogen is also important for a properly functioning immune system, and not only that, but your lipid profile (both HDL and LDL) should also show marked improvement with administration of tamoxifen (4). Many bodybuilders actually use this stuff during their cycle for the health benefits provided by it. If, however, you are preparing for a bodybuilding contest, you need to use something which will suck most (if not all) of the estrogen out of your body. I am speculating that you may be able to use Nolvadex for the majority of a contest prep cycle, to keep yourself relatively healthy, and then switch over to Letrozole for the last 8 weeks.

Nolvadex also has some important features for the steroid using athlete. In hypogonadic and infertile men given nolvadex, increases in the serum levels of LH, FSH, and most importantly, testosterone were all observed (2)(3). The best (rough) estimate I can give you from my research is that 20mgs of Nolvadex will raise your testosterone levels about 150% (5)…and this would of course greatly aid post-cycle-recovery. What this means to us is that if you take Nolvadex after a cycle, when you are trying to raise your levels of testosterone, LH, and FSH back to normal, it will greatly aid recovery. In fact, if I were limited to just one compound to aid me in post-cycle-recovery, Nolvadex would be my choice. If you want a comparison, it would require 150mgs of Clomid to accomplish that type of elevation in testosterone, but nolvadex also significantly increased the LH (Leutenizing Hormone) response to LHRL (5), after 6 weeks. 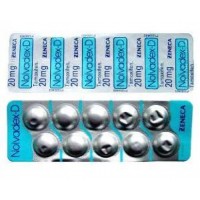